Previous Next
Astrology with Gil Dwyer 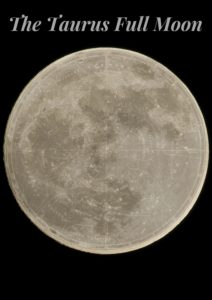 The recent Scorpio New Moon set the tone for the deep healing that so many of us appear to be immersed in at this time. After meeting up with Venus on Halloween, Mercury goes retrograde for an intense Scorpionic journey the very next day on the associated All Saints Day. At Halloween, with its origins in the Celtic festival of Samhain, people lit bonfires while dressing in costumes to ward off ghosts. This is entirely in keeping with the Scorpionic or Plutonic themes of death and rebirth, and all things to do with divination and the occult. At this time the veil between the worlds is believed to be thin enabling access to the other side.

For the first three weeks of November Mercury will be encouraging especially deep and meaningful communications. It’s a good time to pursueing goals which rely on a focused mind. However it will be important not to harbour any expectations of speedy actions at this time and we may find ourselves learning a lesson in patience. Fleet footed Mercury is not particularly compatible with the secretive Scorpionic urge to penetrate to the core of reality. Nevertheless it’s a good time for deep connections and for exploring intimacy issues. In a relatively rare event Mercury transit across the face of the Sun on the 11th of November, causing a very partial eclipse that will not be visible from Australia. This may be associated with important, perhaps transformational information coming to light on an individual and/or global level.

While Venus moves into the more freely affectionate Sagittarius on Saturday the 2nd of November the Sun and Mercury keep the intensity going in Scorpio. Meanwhile Mars approaches a square with Scorpio’s ruler Pluto that is exact on the 5th of November. With the Moon also briefly involved in this Mars Pluto tryst, it will be important to avoid being too impulsive or acting on angry feelings at this time. At best Scorpio, the natural home of Pluto, is about transformation and the sense of hard work that is needed to leave behind what has haunted us in the past.

The Taurus Full Moon will occur at 11:34 pm on Tuesday the 12th of November at 20 degrees Taurus and is described thus: Wisps of Clouds like Wings are Streaming across the Sky. This degree of fixed Taurus speaks to creative frustration and the realisation that past knowledge is not enough in times of crisis, given an emergence of new developments. This should nevertheless be an especially beautiful Full Moon with the Moon exalted in Taurus and forming an exact conjunction with Vesta, Goddess of the Golden Flame.