What is Fertility Awareness? – by Tulsi Manjari

Previous Next
What is Fertility Awareness? – by Tulsi Manjari

It’s a question I get all the time, after telling people I teach Fertility Awareness to singles and couples.

Well.. read on to solve the mystery.

Fertility Awareness Based Methods (FABMs) are natural, healthy and empowering systems that teach people to understand and identify their body’s fertility signs, in order to avoid or achieve pregnancy.

The type of FABM that I teach is called The Symptothermal Method (STM), and when practiced perfectly as a method of natural birth control, is 99.5% effective at preventing pregnancy¹,².

That’s the same effectiveness rate as the pill. Without any of the side effects or nutrient depletion that so many people experience.

The word ‘Symptothermal’ is derived from two words which encapsulate the practice of this method – ‘symptom’ and ‘thermal’. 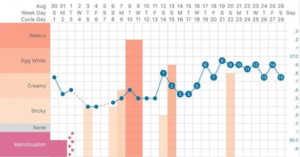 If you’re like most people, you were probably taught that you should use condoms every time you had sex, because there was a chance you could get pregnant any day of your cycle.

This is one of the biggest myths menstruating people are taught about their bodies.

The plain and scientific truth is that there are about 6 days per cycle where pregnancy could be possible. These are the day of ovulation – when the egg is released from the ovary -, and up to 5 days prior, as fertile cervical mucus can keep sperm alive for several days.

Without the alkaline pH and nutrients provided by fertile cervical fluid, sperm dies within a few hours.

After the egg is released, it is viable for 12 to a maximum of 24 hours.

If there are no egg and no live sperm, conception is impossible.

It really is that simple.

Using The Symptothermal Method, I teach people how to accurately identify and track their fertility signs.

Using this knowledge, you can determine with confidence which days of your cycle are fertile, and which are not.

Learning and practicing Fertility Awareness encourages a level of body literacy and cycle connection that most folks have never encountered.

And it is one of my absolute favourite things to teach and pass on this knowledge, which has been quite literally life-changing for me and so, so many other people.

The Symptothermal Method is fully backed by science and takes about 3 months/cycles to learn before it can be used as a reliable form of birth control.

If you are internally shouting “YES!!” or have any questions about this method or the process of learning it, please get in touch with Kundalini House today!

I look forward to hearing from and learning with you. 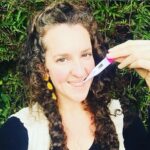 Tulsi Manjari is a Naturopath at Kundalini House and has a special interest in educating her clients in really knowing and feeling empowered by their bodies.
Learn more about Naturopathy and Tulsi here.